UKZN AND DUT TEAM UP TO HELP FEED STARVING STUDENTS

UKZN AND DUT TEAM UP TO HELP FEED STARVING STUDENTS 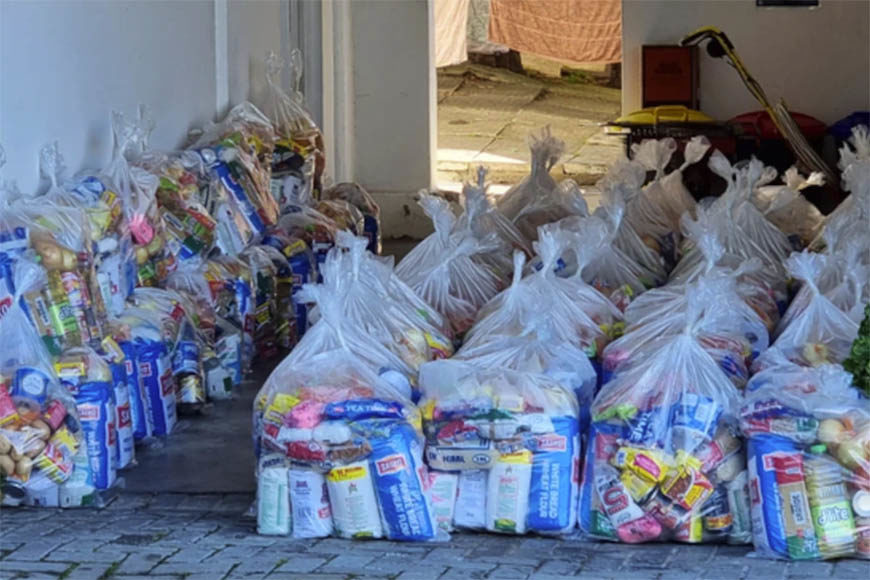 The University of KwaZulu-Natal (UKZN) and the Durban University of Technology (DUT) established feeding scheme programmes to fight food insecurity among students in higher institutions of learning.

This decision was made by tertiary institutions as some students, including those who are funded by the National Student Financial Aid Scheme (NSFAS), said they went to bed hungry due to financial challenges.

Normah Zondo, the executive director for corporate relations at UKZN, said the idea for its food security programme emerged in 2019 after the institution’s broad-based stakeholders held a survey discussion to determine the level of food insecurity among students.

“This revealed that a large majority of students, who seek psychological wellness support, are experiencing hunger. This is affecting their general performance, including academic performance. Consequently, the UKZN Food Security Task Team was established in February 2021.”

Zondo said the scheme would help students with financial difficulties.

“We are targeting the students who are not funded as we expect NSFAS funded students to receive subsistence. However, we have not been strict about this in the past.”

She added that the challenges that students were facing were mainly the rapid increase in basic food prices, including bread.

Furthermore, Zondo said the UKZN’s farm in Pietermaritzburg would dedicate a portion of its land to its food security programme this year.

The Durban University of Technology (DUT) also established a feeding scheme programme called PhakiMpilo in 2019, an interim measure for students who were struggling with regular access to food.

The senior director of corporate affairs at DUT, Alan Khan, said the programme was hosted by the Department of Student Counselling at campus. He said since the launch of the programme, they received more than ten students’ emails per day requesting assistance for food.

“Since the onset of the COVID-19 pandemic, we have witnessed an increase in the number of students who are experiencing financial challenges, who require regular assistance with food to curb their hunger.”

Khan said food security was a global concern, and COVID-19 had resulted in many unforeseen challenges. This included some parents and guardians of students losing their jobs.

“This had a significant impact on the students’ socio-economic functioning. Students’ mental health was also negatively impacted, as many lost their family members who tragically passed on due to complications from COVID-19.

“Our Student Counselling Department has also confirmed that the stress of adjusting to online learning had caused increased levels of anxiety for several students.”

Khan said the university is doing its best to ensure that the programme helps as many students as possible. This was despite them relying on regular donations that help to keep the programme active.

“So far, the university is doing its best to help the PhakiMpilo programme match the demand of students who need to be assisted with access to food. In some instances, not all students are able to benefit from the programme as there is too much demand.”