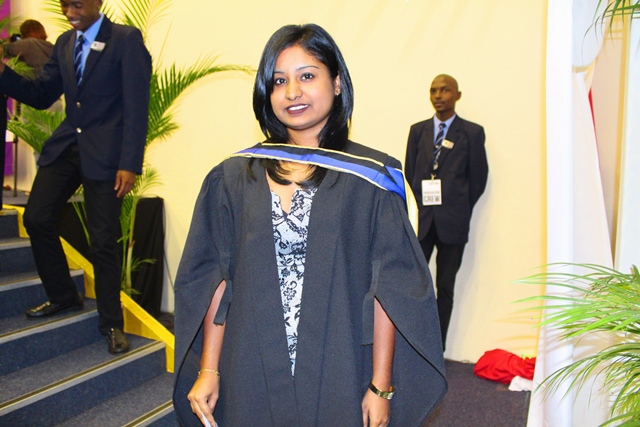 Success is the true measure of patience, dedication and hard work, a quality that only a few ever live up to, setting them apart from the rest.

Moonsamy’s research topic was entitled: The elements that influence fraud, a subject she was keen on doing because “more and more organisations are concerned about the occurrence of fraud. It is everywhere and no one sees it or people know about it and do nothing about it because of their positions or the money they receive from the fraudulent activities,” she explained.

Her research concluded that the elements of opportunity, rationalisation and pressure influence fraud because in order for the crime to take place, all three elements must be present. To break that cycle, internal controls must be employed, so said Moonsamy’s research.

Patience is evidently one of her strong points, and the above mentioned findings were discovered over a course of several months. “It was very time consuming because of the amount of research I had to do plus I had other subjects to focus on. It took approximately 10 months to finish,” she said.

The aspiring certified internal auditor hopes her study will assist employees and managers to identify the elements that influence fraud in its early stages in order to prevent and detect it which will ultimately affect the company’s overall performance.