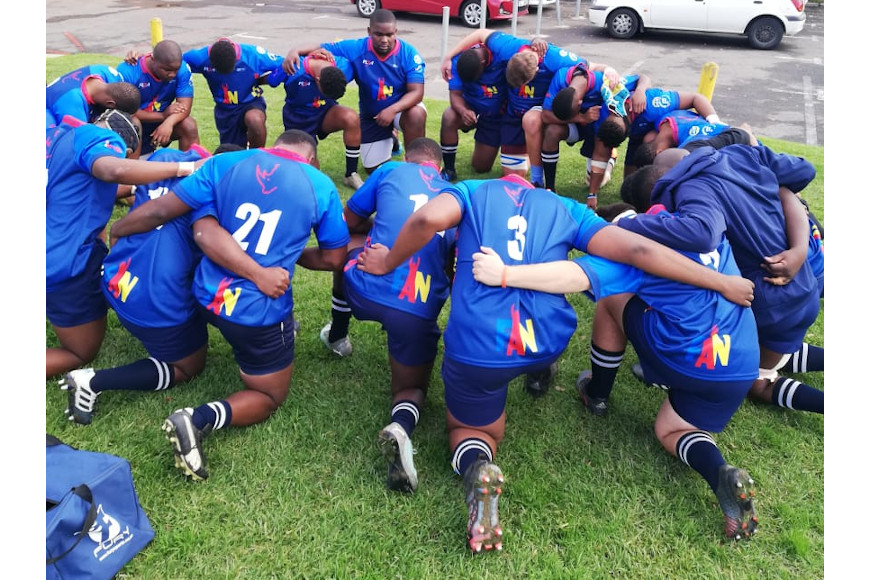 Durban University of Technology’s (DUT’s) rugby team, DUT Rhinos is gearing up to participate for the first time in South Africa’s biggest rugby tournament, the FNB Varsity Shield 2021, set to take place in a secure bio-bubble from 12 April to 9 May 2021.

It has always been the DUT Rhinos dream to be counted among the varsity teams competing in the Varsity Shield. What makes their debut in the tournament more exciting is that for the first time ever all games will be broadcast live on SuperSportTV (DStv channel 211).

Giving background on the team, DUT Rugby Director, Matthew Russell said in 2016 he was approached by a group of students to come and boost a dying rugby code at DUT.

“My team met with management and we signed on under FAN to take care of rugby. For the initial University Sports South Africa (USSA) tournament of 2016, we played under College Rovers. In 2016 we won our division of USSA and got promoted, this with only one month of coaching. In 2017 after a meeting with the collective, I was asked to approach the Union and let us play under our own name. Thus, DUT Rhino’s was born. Since then, the growth of rugby has been attributed to a year-round programme funded partially by FAN, RBI Technical Solutions and the University. Today we sit where we are on the back of great teamwork and commitment of the management team, sponsors and players,” said Russell.

He said they are proud that the team has made such progress in just four years, to be even approached by the Varsity Shield to compete. When the team was established in 2016, their goal was to challenge for promotion/relegation in 2022.

“We are grateful for USSA allowing us to progress through the Divisions to expand our game and improve the quality of players we play against at university level. We thank USSA for putting our names forward and motivating for us to be a contender in the Varsity Shield,” said Russell.

Speaking about competing in a bio-bubble, Russell said the team is excited for the change of scenery for where rugby will be played. He said they have been preparing the team to enter a bio-bubble through a series of camps.

“There have been a lot of bio-bubbles on the go in sport and the information we have received from that and applied to the players will definitely help them discipline themselves in that environment.

The team has been actively doing at home training to keep their fitness up. We had a dedicated team to set this up and move forward. We have had a series of camps to prepare the guys. I believe that in a short period of time you can only be so prepared, but I believe our players passion will drive them through,” explained Russell.

Despite the COVID-19 pandemic being a challenge to the team, Russell said they managed to keep the team safe and train within the COVID-19 regulations.

Furthermore, he said SuperSport’s decision to broadcast all 22 Varsity Shield fixtures is a great direction for rugby. Russell said he has seen the stats that the Varsity Sport style rugby is like the T20 of cricket. He said this will give all the students in the country to “back their botjies”.

During the tournament, Russell urged the DUT community to get behind the boys by posting shout out videos of support on social media and on tournament’s social media pages. He said the team would really appreciate it.