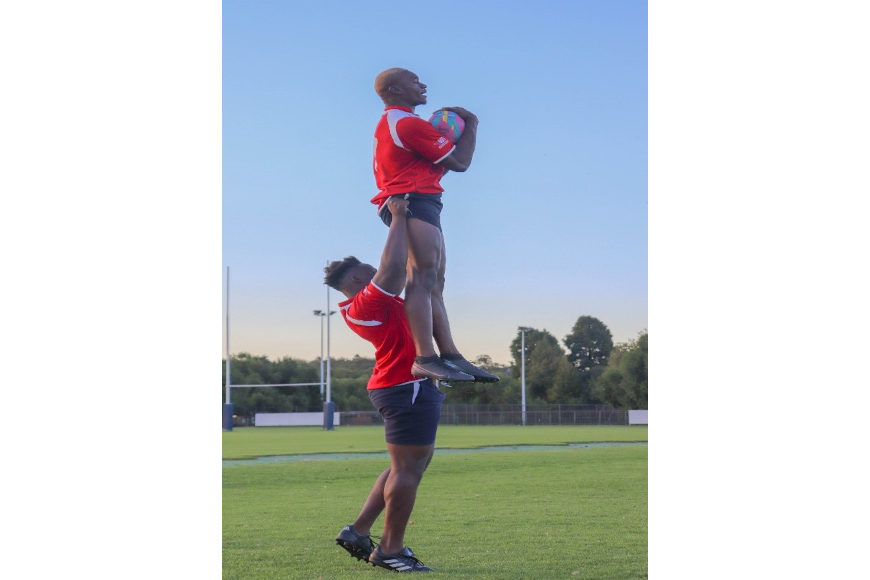 The FNB Durban University Technology (DUT) rugby team is striving to perform better in upcoming fixtures and is proud of its achievements, despite experiencing losses in their two games last week, in the FNB Varsity Shield Tournament, in Makhanda, Eastern Cape.

The FNB DUT Rugby Captain, Katambwa Mulumba said that overall in terms of their technical game plan, the team have played much better and improved so much when compared to last year’s games.

“It was really a good game; the boys were really on their A game. The highest score against the team (DUT) last year was 136 but this year on the second game the score was FNB DUT 8-31 FNB UKZN and the third game it was FNB DUT 3-36 FNB CPUT. The second game of the 2022 FNB Varsity Shield tournament, which took place at the UP-Tuks on the 18 March 2022 and the third game on the 20 March 2022,” he said.

He further commented that the performances on the field has earned back the dignity for the team.

“Improvement is proven by the results, and they are still striving to do much better and fly the DUT flag high, even though the man of match was not selected from the team, but Alberth Kapenda played very well for the team,” he stressed.

FNB DUT Rugby team player, Alberth Kapenda said that it was a very tough week with the altitude and before the games started the odds were against them and the pressure of the occasion of the KZN Derby had gotten to the boys a bit. “Playing for bragging rights versus UKZN added more pressure on the team and the nerves were evident on the field,” he said.

“By the time we realised the game was over and we had a lot of regrets and pain within, so in the second game we wanted to prove a point and I think we did that and showed we can hang with the champions and that we belong in the shield, so yeah that’s just it,” said Kapenda.

Kapenda further added that the whole rugby concept is still new and that there is still a lot of work and investment that needed to be done for the rugby culture.

“The students are buying into the whole concept of rugby and I think the DUT community is one that is very inclusive and we are enjoying all the support we are getting from the community. I just like to say thank you to the DUT community, we appreciate the support.”

The FNB DUT Captain Mulumba said that the last two games may have not gone as planned but if one looks at it there’s been a huge improvement from game to game so the team is improving game by game.

He further relayed that he would like to thank everyone for their support as it means a lot to him and the team, and it’s what keeps the players going because they know they have the peoples’ support.

“I would like ask for our fans to not lose hope because if anything is certain it’s that the boys are willing to sacrifice their bodies on that field to get the results, so it will come soon,” he said.