DUT SILENT PROTEST TO RAISE AWARENESS ABOUT GENDER BASED VIOLENCE

DUT SILENT PROTEST TO RAISE AWARENESS ABOUT GENDER BASED VIOLENCE 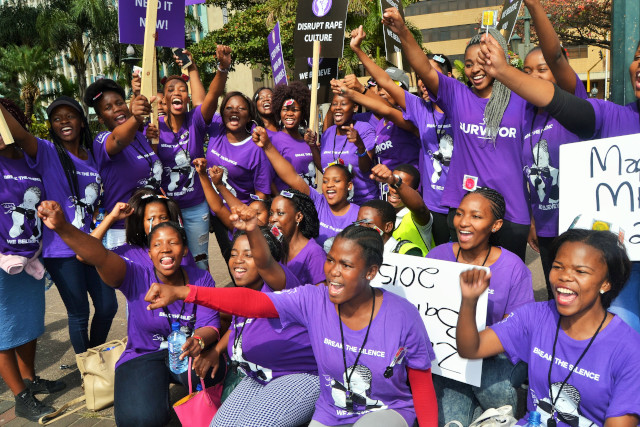 The Durban University of Technology’s HIV and AIDS Centre will be hosting the 4th annual Silent Protest on Wednesday, 03 October 2018 at DUT’s Ritson Campus in Durban.

DUT HIV and AIDS Centre Manager, Thobile Zulu said this event aims to raise awareness not only about gender based violence but also to show solidarity with survivors of violence.

“These issues are of particular importance especially in view of recent events at higher education institutions both locally and nationally. We need to break the silence around gender based violence, femicide and the pervasive rape culture in our communities etc, as well as stigmatising survivors of these heinous acts,” said Zulu.

“Studies show an undeniable correlation between gender based violence and HIV/AIDS, which warrants our immediate intervention. The DUT Silent Protest provides a platform to engage higher education students from the Durban Metro, but also the broader community on the continued stigma and silence around gender-based violence. Since our advocacy is in the context of HIV/AIDS, we further advocate for improved access to Post-exposure Prophylaxis (PEP) and Pre-exposure Prophylaxis (PrEP),” added Zulu.

Zulu added that this is a whole day event which will begin with a short morning session, followed by the protest from Ritson campus into Steve Biko Road, ML Sultan campus and back to Ritson campus where a die-in will take place.  To end the day’s proceedings, there will be a panel discussion looking at the role which different stakeholders can play in ending gender based violence amongst institutions of higher learning.

Pictured: Some of the participants from last year’s silent protest.