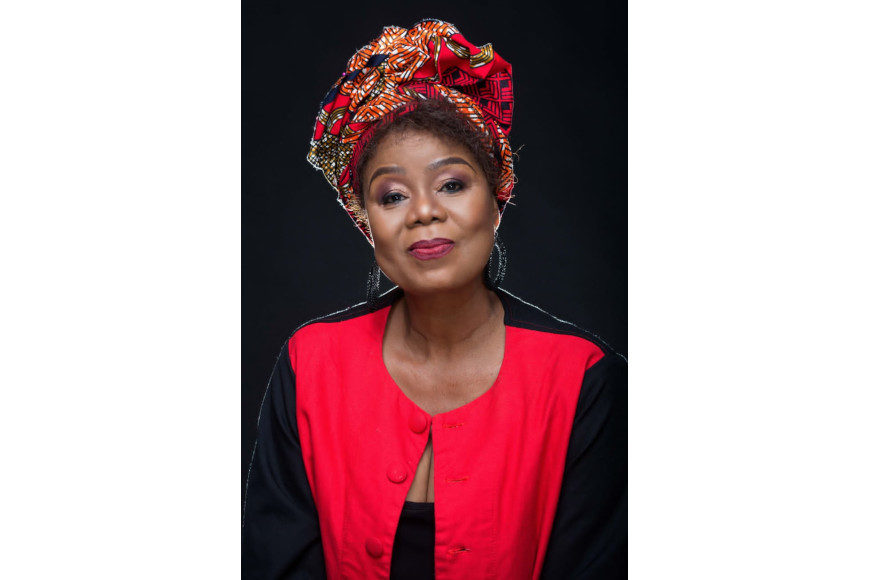 The Faculty of Arts and Design at the Durban University of Technology will confer an honorary Doctor of Philosophy in Visual and Performing Arts to the seasoned multitalented singer, actress, producer and playwright, Thembi Mtshali-Jones. The honorary degree will be conferred during DUT’s second session of the 2022 Virtual Autumn Graduation ceremony on Monday, 16 May 2022. The graduation ceremony will be screened on the DUT website: www.dut.ac.za and on the DUT YouTube channel: DutCampusTv at 12:00, midday.

Professor Runette Kruger, the Executive Dean of the Faculty of Arts and Design at DUT said: “The Faculty of Arts and Design is delighted that the Honorary Doctorate will be conferred on Ms Mtshali-Jones. She is a giant in her field, with decades of ground-breaking achievements and contributions to show for her dedication and talent. The Faculty looks forward to much collaboration and engagement with Dr Mtshali-Jones, as we know our academic programme and students will benefit greatly.”

Speaking about this honour, Mtshali-Jones said she feels deeply honoured that she will be joining the personalities and legends she highly respect, who had received this award previously from DUT. The likes of Jonathan Clegg, Sipho Mchunu, Welcome Nzimande, Ella Gandhi, Joseph Shabalala and Steve Biko are some of the names that have received this privilege.

“In 2011 my city, eThekwini, gave me a Living Legend Award and I would like to repeat the same words I made on that night. I have been highly decorated in almost all corners of the world where I have worked. This gave me a sense of achievement and pride. However, as it kept happening, I started to feel a sense of inadequacy. I had many questions I could not answer. As it happened then, I am now sure of where that emptiness stems from, despite being showered with all manners of praises and awards. The reason-being is that: no recognition, no matter how much weight and wealth it carries, can ever beat a simple gesture, such as a Thank You from your own city and more so, by a reputable institution such as DUT,” said Mtshali-Jones, expressing her gratitude for the recognition from DUT.

The award-winning Thembi Mtshali-Jones who currently stars as MaNdlovu on ETV’s drama, Imbewu: The Seed was born in 1949 and grew up in KwaMashu Township, Durban. Her long and accomplished television career includes starring in the popular sitcoms ‘Sgudi Snaysi’ and ‘Stokvel’ which was nominated for an International Emmy in 2004.

She was discovered by Welcome Msomi and performed in the original Umabatha, the Zulu adaptation of Macbeth in the 70’s. She thereafter joined the acclaimed musical Ipi Tombi in which she took the lead female role as Mama Tembu. She has toured the world with Ipi Tombi, including London’s West End and New York’s Broadway. Whilst in the US, Mtshali-Jones met with accomplished South African artists, Hugh Masekela and Miriam Makeba. She worked with both of them and together these three artists toured Europe and Africa.
In 1998, Mtshali-Jones had a residency at Galluadette University, Washington DC and in 2004 a second residency at University of Louisville. She was made Honorary Citizen of Louisville by the mayor. The Governor of Kentucky gave her the highest honour Kentucky can bestow on a civilian by making her the Honorary Kentucky Colonel.

On her return to South Africa, Thembi Mtshali-Jones joined Sipho Gumede and created a five-piece band called ‘Peace’. She thereafter joined the Market Theatre in Johannesburg in 1987 where she co-wrote and performed in several theatre productions such as Black and White Follies, Have You Seen Zandile? and others.

Mtshali-Jones has been a juror for the International Emmy Awards for Film and Television since 2009 to date. She was appointed to the Advisory Board for the Chelsea Film Festival in New York, USA from 2015 to date. She currently sits on the board of directors for The Living Legends Legacy Fraternity trust.