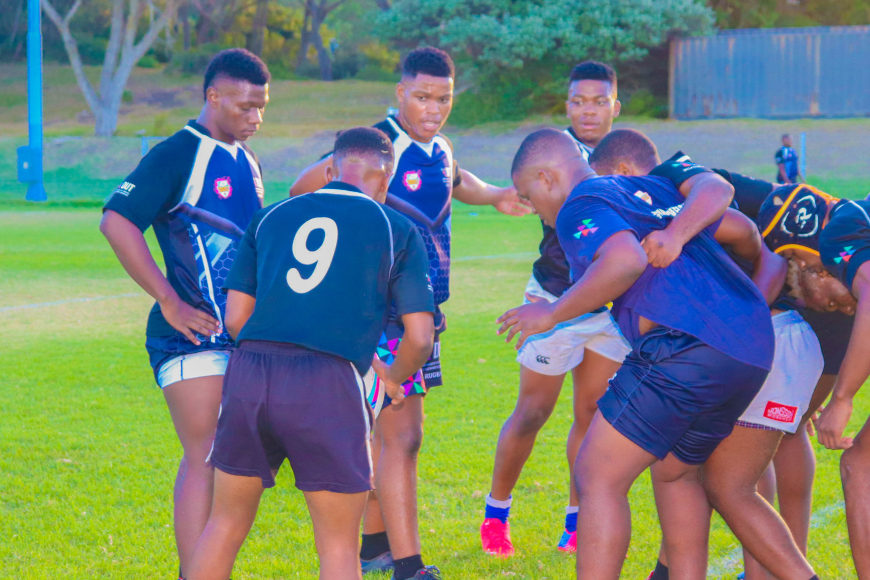 FNB DUT played their first game of the tournament against Round 1 and 2 hosts, FNB Rhodes. With all the hard work FNB DUT had put in, the team won 8-5 against FNB Rhodes.

“It’s overwhelming as it’s been something we (the team) have been looking forward to winning and we are so happy to finally get it,” said the captain of the FNB DUT team, Katambwa Mulumba.

Mulumba further added that it has been a great experience because it is a new and very diverse team with a variety of people of different cultures, so it is a blessing to see different people coming together for a bigger purpose. Mulumba also expressed his heartfelt gratitude to the whole team, including management as everyone had played a major role, but he did express that the team’s discipline and decision-making was a bit disappointing, but the team will live and learn.

“I believe we will have it all fixed for the upcoming match,” he said.

FNB DUT team player Menzi Nxumalo, who plays flank position was ecstatic after being declared as the man of the match.

“Honestly, I didn’t expect to be getting this title because I felt like the whole team played their hearts out,” he said happily.

He indicated that in their next game they (FNB DUT) needed to be more clinical with tackling and, he wants to improve on his attack.