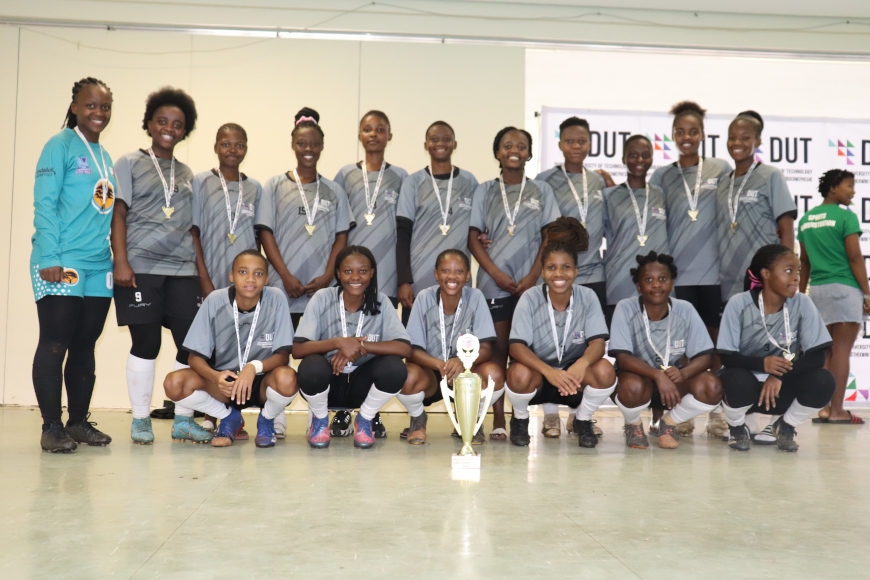 The Durban University of Technology (DUT) students came in their numbers to the 2022 Fresher’s Cup, an event held for both Durban and Midlands first year students, DUT staff and the Student Representative Council (SRC).

The Fresher’s Cup was presented by DUT’s Department of Sports Administration, recently, at the Fred Crookes Sport Centre.

The Fresher’s Cup is an initiative that encourages social unity within first year students from DUT Midlands and Durban Campus. Each year both campuses discuss the sporting codes that will be played and compete throughout the day until there is an overall winner by points per all sporting codes.

The Department of Sport Administration Head, Bongani Yengwa, said: “The aim of the event is to build a good relationship between the students and the staff as sports can break several walls between people. The main objective is to make sure that students are aware of sport codes offered at DUT and know that are welcome to join any sport code.”

Mr Yengwa and Mr Mbatha from Midlands Campus awarded all those who did well with medals and trophies for inspiration and some of them will be given a chance to be part of the University’s team.

One of the clubs that won was Basketball Boys 30-26(DUT Durban won). Also, in the Boys’ soccer, DUT F.C 2was victorious winning 2 goals against Duran Hotspurs (0).

Zamile Zulu: Durban Netball Team manager extended her gratitude to everyone who attended the event and contributed to its success.

“We are grateful to be hosting such an event because it has helped students from Durban and Midlands campuses to engage with each other and be able to show their talent and be aware of sport codes that we offer as the Sport department.,” she said.