ENACTUS DUT READY FOR THE ENACTUS WORLD CUP IN USA

ENACTUS DUT READY FOR THE ENACTUS WORLD CUP IN USA 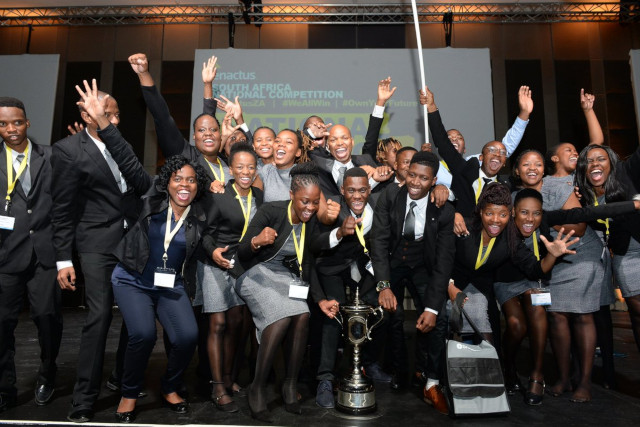 With team spirit still high following winning the Enactus South African championship at Sandton Convention Centre in July 2018, Enactus DUT promises to give its best shot during the 2018 Enactus World Cup in the United States of America.

Enactus is a global non-profit organisation committed to using the power of entrepreneurial action to transform lives through committed students, academic and business leaders. Enactus DUT will compete with 36 universities at San Jose in the State of California during the tournament which will take place from Tuesday, 9 October to Thursday, 11 October 2018.

Speaking on the team’s preparations for the tournament, Enactus DUT Faculty Advisor, Lana-Ann Brady said competing against big teams that have previously won the World Cup is rather daunting, but showed faith in her team.

“We are confident that the work we have done, the lives we have changed is worthwhile and can never be equated to a win of any nature. We are already winners and change drivers. As Enactus DUT, we will proudly and confidently tell the stories of our beneficiaries to the world and to us that is enough a win,” said Brady.

DUT has been a member of Enactus since 2009 and will become the first University of Technology in South African to partake in the tournament (World Cup). Providing insight on the tournament, Brady said the involvement of the team with Enactus comes from the desire to see a difference in a person’s life.

“Apart from the social entrepreneurial aspect, Enactus is a platform for student development. Students get the opportunity to engage with communities, participate in competitions, and interact with students from other universities as well as business leaders from different institutions,” added Brady.

During the Enactus World Cup, Enactus DUT will present two projects; the Agriculture business unit which is located in Noodsberg Community within iLembe District and the soap recycling project which is based at the ML Sultan campus.

“The Agriculture business unit provides fresh and organic vegetables to the community even in the off-season, thus saving members of the community on transport money they would have otherwise used to go and purchase vegetables, while the soap recycling project started after realising that soap from hotels is discarded before it is used to exhaustion. As such, we came up with an initiative that would see us recycling this soap into the toilet-bowl cleaner. Some of our virgin products include multi-purpose cleaner and dish-washing liquid,” added Brady.

Enactus DUT students will leave for the World Cup on Friday, 5 October 2018.