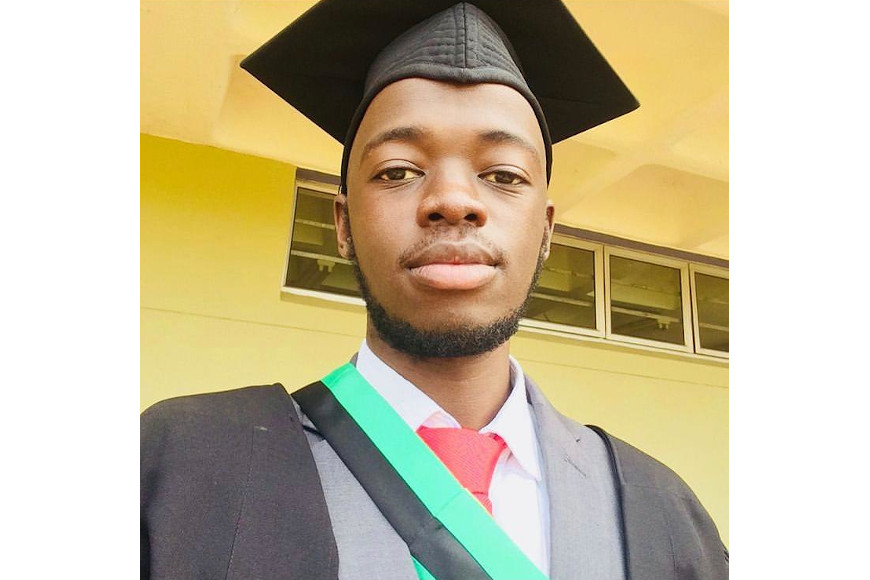 The warm welcome he received from his South African friends has helped Lloyd Ropafadzo Vumbunu from Zimbabwe to focus and excel in his studies.

His journey at DUT started in June 2015 after being offered a place to study at Indumiso Campus in Pietermaritzburg, KwaZulu-Natal Midlands.

“It was quite an awakening as this was my first time in an environment where I did not understand the local language at all. I was fortunate to make friends early on who helped me settle in quickly, and, these friends have become family till this day. I also had massive help from the Indumiso campus lecturing staff, especially the frequent meetings I had with the former HOD, Mr Mckune. As a person who draws a lot of inspiration from him, it was of great benefit for me to have these progress meetings with him as he helped answer questions I always had with regards to my academic progress,” said Vumbunu.

He said his most memorable moment at DUT was the 2015 Sports Day in Durban where he won first place at the university Chess tournament.

Speaking about his achievement, Vumbunu said it was quite a rollercoaster as his first semester results were disappointing and made him give up on his wishes of graduating with distinctions.

“After my first semester I was no longer sure I would be able to complete the course, so I kind of gave up and went into freefall for the next semester. Then after the second semester I realised that I was actually within range and decided to make a final push for it. My main motivation was that good grades would make recruiters notice me more as it would showcase my abilities. After my final year results came out, I did my own calculations and realised I was within the Cum Laude range. When the university portal eventually confirmed it, I was over the moon!” said Vumbunu.

Next year, he plans to enrol for his Master’s Degree as he believes furthering his studies will help him in the industry since he does not have much practical experience.

“I was wary of counting my chickens before they hatched. It would have been even better to receive my degree the conventional way but these are unprecedented times so I will have to make do with a virtual graduation. Personally, I do not mind as it is for the greater good of the country during this pandemic,” he said.  His advice to students is that there is no such thing as a module that is “too hard”. He said if others have passed it and so can they. He stressed that a few hours every day at the library never killed anyone.