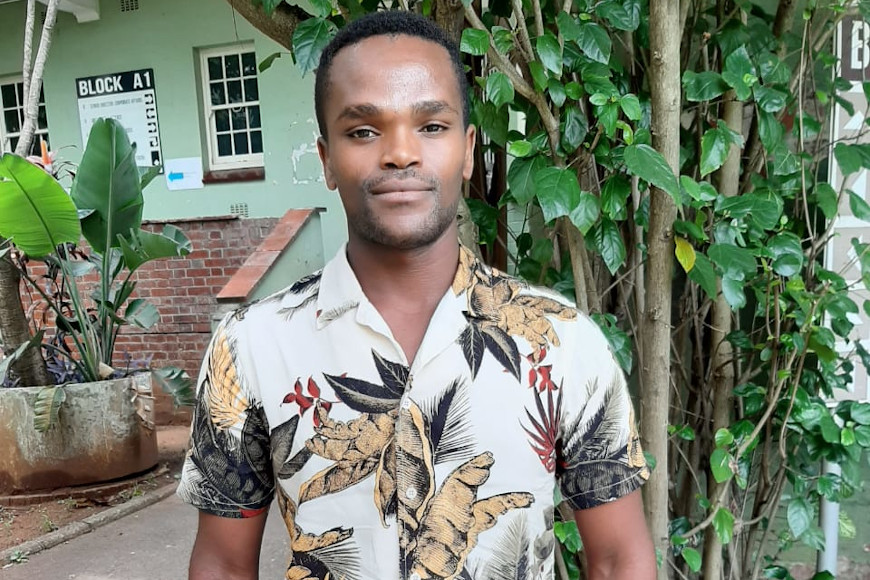 Alumnus Lungani Mthembu is ecstatic to be able to follow his academic dream to travel to the Netherlands in September 2020.

He will pursue his Doctor of Philosophy (PhD) and will be going to do research at the University of Groningen, in the city of Groningen, upon being awarded a four-year Doctoral scholarship from the National Research Foundation (NRF) of South Africa and the Netherlands Universities Foundation for International Cooperation (NUFFIC).

The chemistry graduate is specialising on Nanomaterials synthesis, characterisation and application in the health industry. For his PhD he is focusing on charge transport, studying conductance and switching properties of photo-active materials for application in memory devices and next generation computers. Due to the COVID-19 pandemic, Mthembu’s travel plans were affected and had to reschedule his flight bookings from March 2020 to September 2020.

“I am okay with travelling since I am going to live in the city which has recorded the lowest cases of COVID-19. There are also protocols enforced by the University to protect researchers from infections. Cases were high between March and April 2020, thereafter it dropped and the University opened for those doing research. Normal lectures are happening online,” he said.

Mthembu, a former Analytical Chemistry student from the Durban University of Technology (DUT), said that his love for science stemmed from his interest in Natural Science classes during his high school years.

“I always wanted to become a scientist. In high school I realised that I was pretty good in Natural Science so I chose the science stream, which is where my love for chemistry grew during Physical Science classes. That is when I decided I wanted to work in a chemical laboratory but I honestly did not know I would get this far,” he said.

In 2010, Mthembu decided to further his love of science by studying for his National Diploma in Analytical Chemistry at DUT.

However, his journey was not without obstacles, with the sad passing of his greatest inspiration, his grandfather. Despite all he had been through, Mthembu continued his academic journey, completing his Bachelor of Technology in 2014 and graduating with his Master’s degree in 2018.

“Getting my Master’s degree really made me proud of myself and it made my family proud. I am the first one in my entire family to get to this level,” he said elatedly.

Mthembu applied for a fully funded scholarship to study his PhD in the Netherlands and was very excited when he found out that he would be receiving an opportunity to further his studies. Mthembu, who will be traveling for the first time this year, and said that he is grateful to his supervisors Professor Mdluli and Dr Sabela who have been instrumental in his journey through his postgraduate studies, and, motivated him to further place himself on an international stage.

“It is indeed exciting and a bit nerve wrecking. Netherlands has a fairly low crime rate compared to South Africa besides the nervousness of being away from home I think it is safe. And during online group meetings, my colleagues often tell me it is much safer in that city which uplifts my spirit,” he said.

His accommodation is closer to the University which he feels is safe and enables him to work till late since it’s a short walking distance to and from the University.

Mthembu’s advice to future DUT Analytical Chemistry students is that the secret lies in finding what one loves and make a career out of it.

“If you love this field, no reason will be enough to quit. Follow your dreams and work hard to achieve them. Remember that no matter where you come from, you have the capacity to change your destiny to what you desire it to be,” he said.