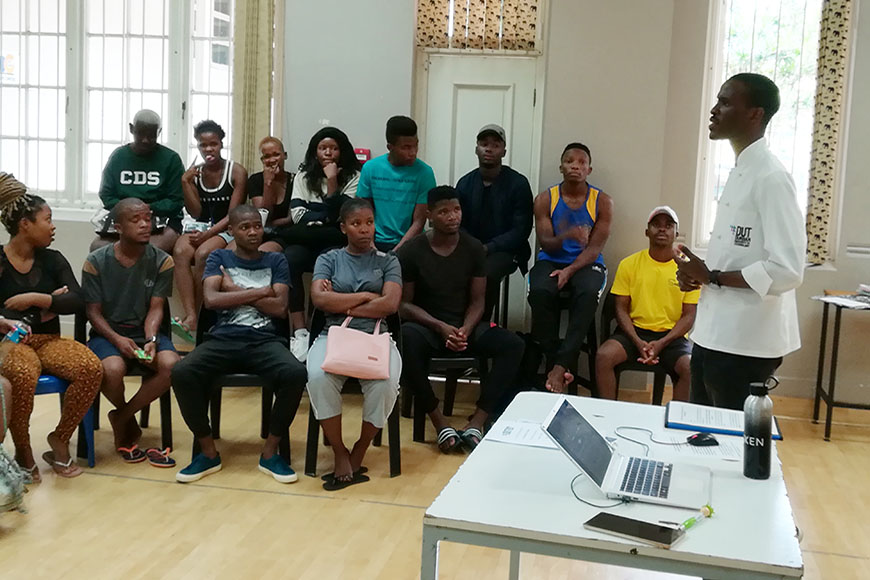 Doing research into food security in higher educational sectors is what led Sboniso Ngcobo, a BTech student at the Durban University of Technology (DUT), in Consumer Science: Food and Nutrition, to talk to the Drama and Production Studies students on Food Security and Nutritious Food, at the Ritson campus, recently. 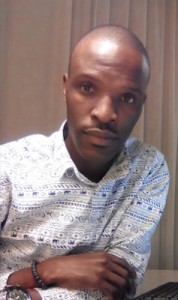 His book came about after he had attended the National Siyaphumelela Conference in 2018 and participated in Siyaphumelela workshops and using the data collected, gained more information on food security for university students.

Dr Pamela Tancsik, a senior lecturer at the Department of Drama and Production Studies, who teaches on the specialisation of Educational Theatre for second and third years, said part of the curriculum for the third year subject are projects of social awareness which is targeting the youth, students or high school learners.

She said her Drama students are engaging on addressing campus food environment, and were eager to learn more on food security from Ngcobo.

His talk focused on what the study had conducted and found that most students were either underweight or overweight, and the problem related to food availability and food nutrition, which is linked to issue of finances.

At the presentation, Ngcobo shared more on the student’s perspective on the issue, focusing on three critical areas which are food availability, food access and food nutrition.

“For this year our topic is: Healthy Food and Food Security for students on the DUT Campus (Steve Biko, Ritson and City campuses). Researching publications from DUT scholars I came across the brochure called Ubungqabavu (Vitality) written by Sboniso Ngcobo as part of the Siyaphumelela initiative. I invited Ngcobo to address my students on the topic of food security and nutritious food,” she said.

She said his presentation triggered a stimulating discussion about what can be done by students and staff to improve the present situation where students have unhealthy fast food for high prices which does not give them what they would need. Dr Tancsik further added that Ngcobo introduced the students to lots of knowledge about food which was obviously not known by the Drama students such as the different food groups. She said that he also explained the amount of food males and females should eat on each day for their different meals, choosing wisely from all the varied food groups contributing to a balanced healthy diet.

“Ngcobo presented statistics saying that more than 80 % of students have only one meal a day which was confirmed by the Drama students,” she said. All in all, Dr Tancsik said that Ngcobo’s presentation to the Drama students indicated the vital need for the university to offer healthier food options at all the campuses.

To read more on food security and for more information on how to get a copy of Ngcobo’s book, go to E-book: https://openbooks.dut.ac.za.