Nursing Students Give Back To The Community

Nursing Students Give Back To The Community 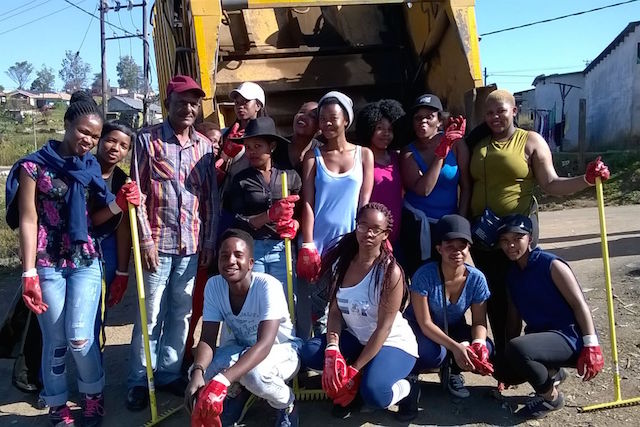 Nursing undergraduate students from the Midlands Campus took an active stance in showing their communities that they care for the community surroundings through their outreach programmes.

“Each year the students chooses four underprivileged communities around Pietermaritzburg. The students then conduct thorough community assessments, by engaging in community meetings with area councillors, community stakeholders and community members,” said Nursing lecturer, Thokozani Mahlanze. She also added that this was done under the supervision of DUT clinical facilitators and Daphne Msimang, who overseers the community projects.

The four chosen communities were Ashdown, Machibisa, Woodlands and Dambuza. Ashdown and Machibisa townships each received vegetable gardens planted by students. On completion last semester, the garden was handed over to the community dwellers. In Ashdown, the garden is within the vicinity of the clinic and caters for patients in need of food and nutritional care,” said Mahlanze.

Apart from the gardens in Woodlands and Dambuza townships, the students have also identified that there was the issue of an unhealthy environment. “In these two areas (Woodlands and Dambuza townships ), the issue of refuse disposal was a major problem with dumping areas and became a breeding ground for flies, rats and insects. Therefore, in conjunction with the community and the municipality, dumping bins were erected in strategic areas in those two communities. Our students also gave health education regarding the dangers of poor refuse disposal,” said Mahlanze.

Pictured: PMB Nursing undergraduates cleaning up one of the outreach communities.