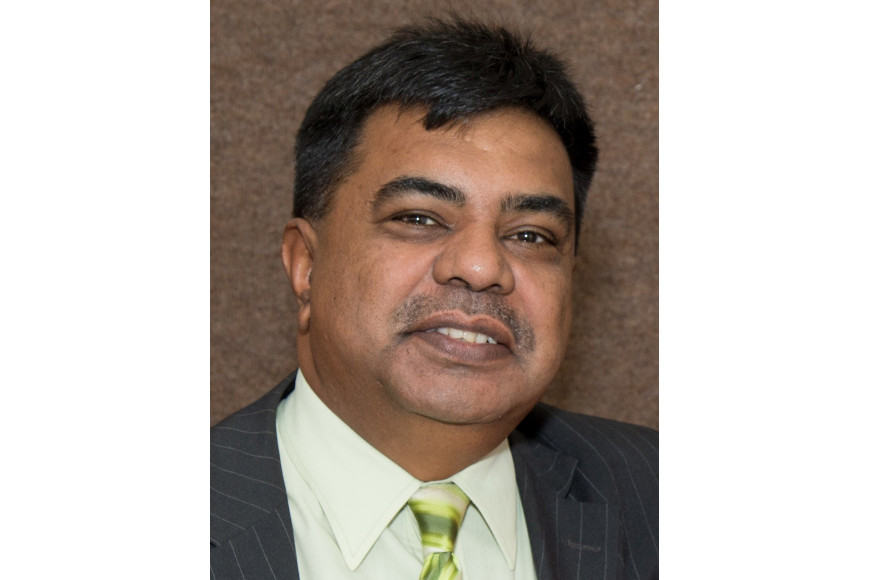 A humble idea to celebrate 25 years of the media industry resulted in the release of Durban University of Technology’s (DUT’s) Robin Sewlal’s book titled:  Reflections of the South African Media: 1994-2019. The book was released on Mandela Day which is celebrated on 18 July every year. 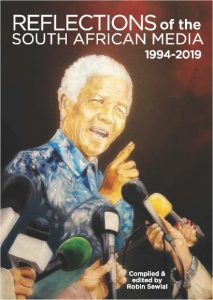 Sewlal is an Advocate of the High Court of South Africa and Associate Director at DUT Journalism. He is the Legal Representative of the Institutional Research Ethics Committee (IREC), chairs the Senate Rules Committee, and serves on various other forums at the university.

Advocate Sewlal has extensive experience in both the print and electronic media, and commenced freelance work with The Leader newspaper and Capital Radio.

He was the Chairperson of the International Radiocracy Conference in 2001. Comprising radio, democracy and development, Radiocracy is a key fabric of society, and also provides a firm foundation for the radio modules he teaches in the Bachelor of Journalism degree.

The book, which entails 40 pieces of excellence and a foreword penned by author and former senior news anchor at Sky News Jeremy Thompson, is dedicated to all the women and men who have as well as those who continue to keep the media in South Africa with a voice and vibrant.

Having compiled and edited such a book, Advocate Sewlal conveyed that

apart from documenting the first 25 years of South Africa’s democracy from a media perspective, it was of pivotal importance to give society at large a better appreciation and understanding of the different dimensions of the industry in a compilation.

“The book will be especially useful for students studying media at school, college or university,” he said.

Advocate Sewlal explained that it was essential to compile this book as a reflection of the fast-developing industry in the first 25 years of South Africa’s democracy. During the pre-1994 era, the media was under enormous pressure to play to the tune of the illegitimate government or face its wrath.

“Freedom of the media then was merely a pipedream. With the release of Nelson Mandela from prison, democracy in the country was in sight. The commencement of a democratic dispensation in 1994 saw the media environment being transformed. The book captures in different chapters the changes that took place especially in the broadcasting landscape. The SABC shrugged off its tag of being a state-run broadcaster, and community radio became a reality,” he said.

He spoke on the highlights in the book, indicating that the contributions were invited from women and men who have had a direct link, in some shape or form, with DUT Journalism over the decades and who had excelled in the media fraternity.

“I was most impressed with the chapters submitted by our alumni. They do us proud in industry, and added gravitas to the publication,” he said.

Advocate Sewlal says the project was an exhilarating experience. His intellectual curiosity for all things media sustained him throughout the journey.

“I must pay tribute to a DUT colleague, Andrea Alcock who was very helpful along the way. The onset of the pandemic brought with it a string of challenges which were not insurmountable, but at times difficult to negotiate. I had to be sensitive and sensible in my approach,” he said.

Advocate Sewlal gave more insight into the changes that had been made by the media in terms of writing, reporting, broadcasting and conveying news to the audiences. He stressed that it is no secret that the media had to re-visit the manner in which it goes about gathering, processing and presenting news.

“Timeliness is paramount, and this places added pressure on media workers. Speed could very easily result in ambiguities and distortions in news output,” he said.

He also conveyed that media entities cannot but be relevant.

“It means that authenticity and accuracy are key. Audiences are getting more discerning, and the days of simply filling up print space or airtime are long gone by. Quality and not quantity of stories count,” he said.

In terms of Tata Madiba, Advocate Sewlal recommends readers to read the chapter written by Sello Hatang, the CEO of the Nelson Mandela Foundation which provides a good insight as to the icon’s relationship with the media.

“Mandela closely followed the work of the media, and he made it a point of getting to know journalists and build strong relationships with them. At present, interaction between the media and newsmakers is not as healthy as it could be,” he confessed.

His advice to inspiring journalism graduates who want to follow in the footsteps of former alumni from DUT is to work hard, be honest, stay focused and always stick to the facts. “There are no compromises,” he relayed.

The book is freely available to honour the life and times of Tata Madiba. “Further, easy access to the book goes a long way in ensuring a better-informed society which is one of the hallmarks of a successful democracy,” he said.

Advocate Sewlal added the book is already making waves nationally and internationally. “The impact is profoundly encouraging. I’m humbled that the image and reputation of DUT is being significantly enhanced.”

To view the book, go to:  https://openbooks.dut.ac.za/index.php/dut/catalog/book/3.