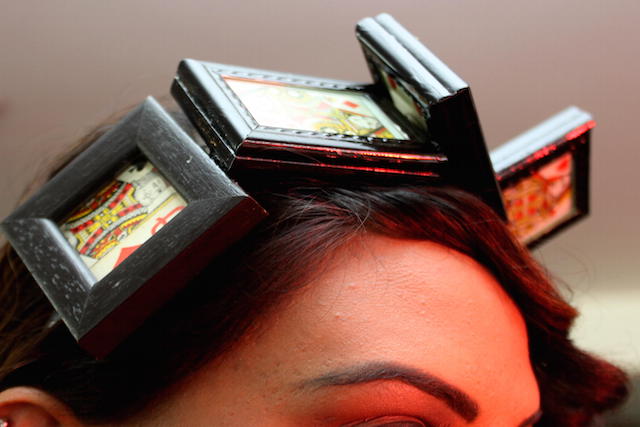 Winning the Young Designer Award, presented by Durban Fashion Fair, could be the start of the journey to stardom for the many aspiring fashion designers who showcased their race day outfit inspired by this year’s Vodacom Durban July theme, Leader of the Pack’.

Eighty aspiring KwaZulu-Natal design students laid all their cards on the table with their race day designs, hoping to impress the tough judging panel and proceed to the next round of judging and ultimately onto the biggest fashion stage, the Vodacom Durban July on 2 July (2016).

Students took inspiration from modern day and fictional queens, traditional colours associated with a pack of cards and even the movement that light makes when it reflects and illuminates through a diamond.

Nerves were high as outfits were modelled in front of some of the country’s best fashion minds, Greg Wallis, Sibu Msimang, Monica Holman and Tiffany Prior and Terrence Bray.

Tiffany Prior, Fashion Programme Director of the Vodacom Durban July was seriously impressed with the efforts and of all the students and colleges.

“This was the first year where every college who entered was really invested in terms of working with the theme. It was very difficult to judge and we found an amazing top twenty-five. But overall the standard this year was exceptional. It’s going to be very difficult selecting a top ten.

The top twenty-five entrants will proceed into the semi-finals on Monday June 13, with the ten best heading onto the runway for the premier Vodacom Durban July Fashion Experience Show on June 15 & June 17. Winners will be announced on race day.

The 2016 Vodacom Durban July takes place at Greyville Racecourse on Saturday 2 July. More information can be found at www.vodacomdurbanjuly.co.za